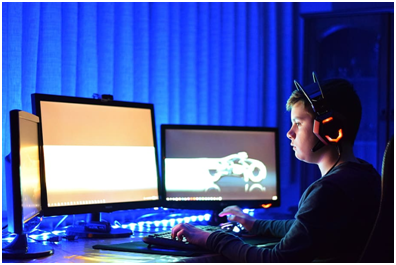 What components would you use to build a PC?

Putting together a list of components can be tricky, mostly because each person’s idea of the “best” components will vary. There are however, some standard parts that are commonly put into builds to get the most out of your money.

Computer parts prices change on average every three months, so the amount of money you spend will depend upon what time of year that you are building your system. For example, if you were looking for some computer parts in mid-to-late December 2013 you would likely be paying more than if you were to purchase those same parts at the beginning of January 2014. This is because retailers will start discounting close out items near the first day of the new year so they can unload their overstocked inventory and make way for new products early.

We have compiled a list below showing what we believe are fair prices for what you should expect pay when building a gaming laptop. This list assumes that you are purchasing all of your parts from a non-bulk, reputable retailer and we have not included shipping costs.

When shopping for your custom gaming PC components, there are some things to keep in mind:

1) The more RAM (Random Access Memory), the better. 8GB+ is best for gaming.

2) Higher clock speed (GHz) is better than higher core count (more CPUs), but you will see diminishing returns after 2-4 cores.

3) For video cards, go with the biggest amount of VRAM (Video RAM) that your budget allows. You may not be able to utilize all of it now, but it’s good to have future proofing.

4) When choosing hard drives, go with SSDs if you can afford it. The speed increase is worth it!

5) More storage space is better when possible. 1TB+ is best for gaming.

6) If you are trying to save money, try not to buy stuff that will become outdated in six months or less. You may end up spending more money on the parts in the long run.

How much does it cost to build a gaming PC?

The short answer is anywhere from $300 to nearly $2,000. Overall, building your own PC isn’t going to be the cheapest way to go in most cases. However, if you prefer to have exactly what you want rather than configuring a pre-built system, then it may make sense for you. A big factor in this decision is how important time and effort are compared with money when building a PC from scratch.

Read More: What Is The Fastest Motorcycle In GTA 5? What Are The Best Ways To Get Bike In GTA 5?

How much do components add up to?

In general, the more money that is put into a build, the better performance will be on average over similarly priced builds that didn’t include as many high components. In reality though there is a point of diminishing returns. That is, it’s easy to spend well over budget and not notice many differences between the systems you would have received for the same amount of money elsewhere.

It is best to try and find a balance between price and performance find out what sort of games you plan on playing and what settings you’d like to play them at above average frame rates. A safe bet would be to aim for $800-1000 as this will allow you to play most games at medium-high settings without having to compromise too much on visual quality. Some components such as your graphics card can really push up the total cost so you may want to decide whether or not it’s worth spending an extra $50-$100 on a better graphics card.

You may also want to consider that the more expensive your build does turn out, the more future-proof it will be. A $500 budget might get you playable frame rates on medium settings for most current games but if you spend around $800, your system should have no problem getting decent frame rates on maxed out settings in new titles when they are released. This is important if you plan on playing every new game that comes out or are thinking of trying to run some games at 1440p resolution which can really stretch even high end cards’ abilities upwards.

To help guide you in your decision making process, below are some great deals on hardware that will be perfect for building a solid computer for gaming purposes:

This budget friendly configuration has all of the basics covered and should work well for most modern games at medium-to-high settings depending on how demanding the game is. It includes an Intel Core i5-4690K processor, 8GB of DDR3 RAM, a 1TB Hard Drive and an EVGA GeForce GTX 960 video card.

This configuration has some great upgrades that are worth consideration if your budget allows for it. To start off with, you have 2 more GB of RAM which may be just enough to hold you over until 16GB becomes standard in 2016. The next upgrade is having a Solid State Drive instead of a Hard Disk Drive (SSD vs HDD). These 2 changes alone will make your computer feel about twice as fast as our $1100 gaming PC mentioned above;

The line system! This system has all the bells and whistles. It includes an Intel Core i7-4790K, 16GB of DDR3 RAM, a 250GB SSD and a 1TB Hard Drive along with the very powerful GeForce GTX 980 video card.

It totally depends on your choice. If you have interest in gaming and you want to be a gamer then it is good to buy gaming pc.