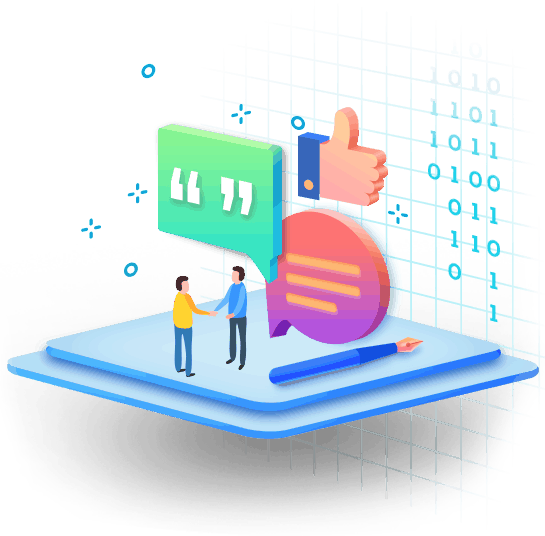 Software testing is the process of verifying and then confirming that a software application or product performs as expected or not. Testing has its own set of advantages like bug prevention, lower costs of development, and comparatively better performance.

The software cannot be said to be bug-free from the start. Therefore, software developers might strive to write code that will reduce the number and severity of flaws that are already there. However, the majority of bugs are latent and only emerge when the conditions are right.

Before the software is installed and made life, the testing procedure verifies that there are no errors or gaps and that the application’s results are consistent with the expected results.

The untested software harms the client’s business and causes a significant loss. The loss is directly inversely proportional to the time taken to find the bugs. Testing is therefore essential to the Software Development Life Cycle (SDLC). Reduced costs, particularly over the long term, are the testing’s primary and most significant advantage. It would be cost-effective to hire a group of experts to test the programme right away, at the early stages of development.

Software testing is a procedure that aids in finding mistakes, bugs, or flaws in a piece of software. Additionally, it checks to see if the programme complies with the demands made by the client or customer. Depending on the type of testing being done, several testing methodologies are used. Software testing has several benefits and drawbacks that should be taken into account before beginning the process at any level.

In addition to listing the disadvantages of software testing, let’s have a look at some of the most popular ones:

b)Helps to lessen the frequency of programme repairs.

d)By identifying their errors, the testing team can help the software development team.

i)A programming language is not necessary for manual testing.

j)Aids in code optimization and eliminates unnecessary lines of code.

k)Written test cases and test scenarios for one application could be applied to several systems.

A simple application might be put through a lot of different tests. A test management plan aids in prioritizing which testing kinds, given the time and resources at hand, are most valuable. By using the fewest possible tests to identify the greatest possible number of flaws, testing efficacy is maximized. There are three broad groups into which we might divide different testing approaches. As follows:

WHAT IMPORTANT ROLE DOES TESTING PLAYS IN THE SOFTWARE DEVELOPMENT LIFECYCLE

Few would argue the topic of the necessity of quality control when developing any kind of application or software. A brand’s reputation can be tarnished by late deliveries or unknown flaws of the software, which can result in losing out a handful of customers. In extreme circumstances, a bug or flaw can harm all the connected systems or lead to some significant problems.

Consider the case of Starbucks to grasp the significance of software testing. When the company’s point-of-sale (POS) platform crashed in 2015 due to a defective system refresh brought on by a software bug, millions of dollars in sales were lost. If the POS software had been fully tested, this might have been prevented.

Another illustration is Nissan, which had to recall over 1 million vehicles because the airbag sensor detectors’ software was flawed. Or a software flaw that prevented a military satellite launch worth USD 1.2 billion from succeeding. 2 The data speaks for itself. In the US, software errors cost the economy 1.1 trillion dollars in assets in 2016. Additionally, they affected 4.4 billion customers.

Early software testing showcases all the hidden issues of the software before it is launched in the market for public use. Development teams can solve issues like scalability, security, architecture, and invalid functionality as soon as they receive test results.

Therefore, while you are counting and mending the trees, you might not notice the issue that the forest as a whole might provide. A software programme may generate major faults that you may not have anticipated when you are trying to correct the tiny ones. That is precisely the reason why you should emphasize the value of testing in the SDLC at each level.

Software testing techniques should be used in application development for the reasons listed below:

a)Improves the overall quality of Software

Delivering a great product is a crucial factor to take into account when assessing customer attraction. Once the product is thoroughly checked before release, then only it can deliver the expected results. Program testing and quality assurance services are very helpful for ensuring that your software is compatible. The possibility of coding flaws exists even after thorough testing by your software developer. A skilled and knowledgeable software tester can uncover these concealed problems to ensure that your finished product is error-free. A software tester can also make sure the programme operates as intended, whether it is used by one user or a hundred.

Software testing, therefore, aids in quality assurance (QA) and ensures that the product meets the requirements and specifications set forth by the users.

Software engineers frequently fail to catch errors in their code. If software testing is not done thoroughly, there is a danger that the client will receive erroneous software. This will have significant consequences since the client, or even worse, his clients may discover the faults when he/she uses it.

Making mistakes now will reflect poorly on you and result in losses for your customer. It is advisable to properly test the software with all conceivable permutations and combinations of input values and scenarios to detect any potential infinite loops, errors, etc., saving you both from financial loss as well as a dent in the goodwill.

Complex application development might be prone to mistakes. Software testing is essential because it finds errors in the written code that may be corrected before the software product is delivered.

d)Aid you in completing your product

Even when a provider of software testing development services makes an effort to create the programme by the requirements the client shares with them, the finished output may occasionally deviate slightly from the client’s expectations. In these situations, testing can make sure that all the features and functionality are present and functioning as intended before handing over the software. To ensure that the programme is error-free and performs as expected in diverse scenarios, multiple testing principles are utilized.

Customer trust and happiness are increased during all stages of a product’s development lifecycle thanks to testing, which reveals both the product’s strengths and weaknesses. When buyers purchase a product, it has already undergone extensive testing and has proven to be of high quality.

Software testing concerns that get unreported during software development might cost firms more money in the long run. Because software patching is typically more expensive than testing during the development stages, it might be more difficult to identify and fix problems once the application has launched.

g)Make sure your software is secure and portable

A developer may create software that runs smoothly on a single platform, but creating software that is compatible with multiple systems requires extensive knowledge and skill. After development, you may test the code rigorously on many platforms to make sure it is genuinely portable and performs equally well across them all. Since each platform operates differently and a software tester must ensure that the programme keeps the data secure on all platforms, it is crucial to pay special attention to data security.

h)Identifies Security flaws of the software

Attackers may be able to take advantage of vulnerabilities left by insecure application code. Since the majority of apps are now online, they can be a major target for cyberattacks and should be properly tested throughout the application development process.

The above points signifies the importance of conducting testing of the software to ensure the desired results. Hence, do not ever be in a rush to pitch the software applications to your prospects until and unless it is tested thoroughly. So, go ahead and choose the kind of testing you want to go ahead with to be assured about the performance of your software.

Vape Cartridge Boxes on a Budget: Our Best Money-Saving Tips