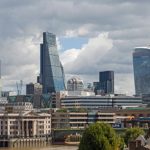 If you consider to move to Spain after Brexit, you may have many questions about visas, property, and living in Spain.

Britons hoping to move to the continent will have many questions to ask as they adjust to life after Brexit. As Spain has always been an attractive destination for British expats, many Brits wonder if their dream of relocating to Spain is still possible now that Brexit has ended. The question of whether an expat can still live and work in Spain, whether they need a visa, and how they can retire to Spain post-Brexit needs to be addressed by potential expats.

Spain has more than 360,000 Brits registered as permanent residents due to its warmer climate, lovely beaches, and lower cost of living than the UK. However, following the end of the Brexit transition period on 1 January 2021, new rules apply for anyone wishing to move to Spain after Brexit.

Move to Spain after Brexit

After Brexit, it is still possible to move to Spain, but the process has changed. Many people may be put off by these factors, separating those who are seriously considering moving to Spain for the long run from those who are afraid of the commitment it now demands. In the pre-Brexit era, EU citizens were free to live, work and travel anywhere within the European Union, including Spain, without restrictions on visas or maximum stays. New rules, however, apply to citizens who want to leave the UK after Brexit and move to Spain much the same way as they do to non-Europeans.

For example, the maximum stay in Spain for holders of British passports is now three months. Anyone staying in Spain for more than six months must become a resident, and anyone working there may need a work permit or visa. As a result, many of the older generations of British nationals are worried about whether or not they can still retire to Spain after Brexit.

After Brexit, residency in Spain.

Although UK citizens still have the option of moving to Spain, those who wish to make a move permanently must meet specific requirements as a condition of obtaining residency. The requirements vary depending on your age, employment status, and other factors.

However, anyone from the UK wishing to become a resident in Spain should provide evidence of a clean criminal record and suitable health coverage. The British may also need to prove that they have the financial means to support themselves and any dependents for a certain period or provide proof of their income via a Spanish employment contract. People who wish to move to Spain from the UK to start a business must be adequately qualified and have an appropriate business plan.

Is it possible to continue living in Spain after Brexit?

As part of the European Union Withdrawal Act, UK citizens living in EU countries before 1 January 2021 are entitled to remain there. As long as Spanish citizens residing in the UK are also granted similar rights in return, the Spanish authorities and the UK have agreed that British people living in Spain pre-Brexit will have the same privileges after Brexit.

It is a legal requirement that to live in Spain as a UK citizen, you have to be registered there as a resident, and that registration must have been done correctly. The same goes for children who need to be individually registered with documentation. Compliance with the Withdrawal Act will be evidenced by issuing a residence card.

Get the most competitive currency exchange rates.

Citizens of the UK living in Spain need specialist foreign exchange assistance for various reasons. Sending funds back home to family and friends, or paying off a mortgage, are examples of converting salary or pension payments into local currency.

Is it possible to buy property in Spain after Brexit?

Brexit may have thrown a spanner in the works regarding a move to Spain in many ways, but buying property seems to have been spared. It doesn’t matter if you are a citizen of the EU or not; you are still entitled to purchase a property in Spain. The lower cost of living in Spain is one of the major draws for Brits looking to move there. Generally, Spanish housing prices are lower than those in the UK, and this is likely to remain the case, despite the effects of Brexit.

The same is true of land to be developed. If you plan to build your own dream home in Spain, you have the same rights as everyone else. The land is available for purchase, and construction can begin. Investing in property in places such as Ibiza can prove particularly lucrative. Ibiza has become a popular spot among expats for building and purchasing property with high demand.

Apart from this, if you are interested to know about Teaching In Spain then visit our Business category.

That’s all you need to know about moving to Spain after Brexit. The best thing you can do when you arrive is to stay in a temporary serviced apartment or serviced flat for a short period. Spain is one of the world’s most popular destinations for sunny relocations, so finding a long-term place to live without first arriving may be difficult.

Experiencing a culture firsthand is the best way to understand it; you can challenge your preconceived notions and learn precisely what it is like to live and teach abroad in Spain. Despite stereotypes, Spain isn’t the land of daily siestas and eternal sunshine. Socially and geographically diverse, it is, however, a country with a warm and welcoming culture.

After Brexit, how much money will you need to live in Spain?

A person seeking resident status must currently prove that they have an income of at least 700 euros per month.

Do you think moving to Spain is difficult after Brexit?

Following Brexit, Brits can still move to Spain, but the rules are stricter and more complicated. If you plan to work in Spain or not, you will have to apply for permanent residence within three months of your arrival in Spain, so you may want to get started sooner rather than later.

When does residency become available in Spain?

If you do not wish to become a resident, you can stay in Spain for 183 days per year (6 months). You will be considered a resident if you spend an extra day (184 days or more) in the country, so you will have to pay resident taxes there.