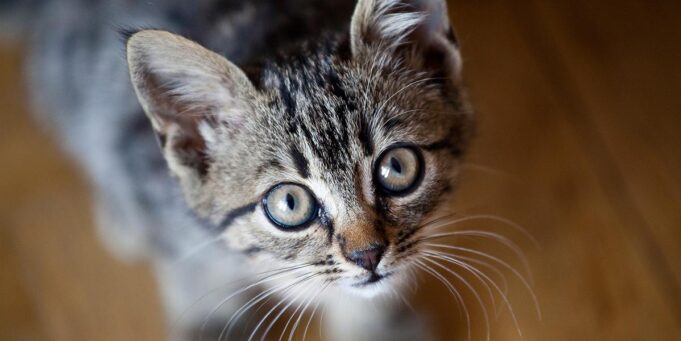 The cat is a domestic species of small carnivorous mammal. It is the only member of its family, the Felidae, that is not wild. The domestic cat, sometimes called a house cat, is different from wild felids in several ways. Its domestic status has many benefits, including its sociability, ease of care, and ability to survive without human attention.

The domestic cat, also called the house cat, is a member of the family Felidae, in the order Carnivora. Its low-slung body, long tail, and specialized claws and teeth make it remarkably agile and powerful. Despite its small size, it can still run and jump quite well.

Domestic cats have evolved from wildcats that once lived near humans. Unlike dogs, the domesticated cat has undergone relatively little change over the centuries, and its form and behaviour are still quite similar to that of its wildcat ancestors. This is one of the reasons why the domesticated cat is a threat to native fauna and birdlife, especially those living in the wild. It can also contaminate the environment with diseases and hybridise with native wildcat species.

The phylogeny of cats is based on molecular sequences, which inform the divergence nodes and hierarchical relationships within the Felidae family. A total of 35 genes from the mitochondrial, autosomal, X-, and Y-linked loci were used to construct the genetic tree. These sequences allowed the researchers to date the fossil record of cats, which is sparse. Using these results, they developed a phylogenetic tree that includes the eight cat species that now make up the family. The tree also provides information about the time span of the different lineages. The phylogenetic tree of cats shows that there were two main bursts of branching within the cat group, each lasting less than a million years.

The evolution of cats has been a circuitous process. In the past, they evolved from a solitary ancestor, but now, they are highly social and have retained their wild instincts. These characteristics allow them to survive without the help of humans. In ancient Egypt, the cats resembled wildcats, but they were sociable, which attracted people to them.

The physical characteristics of cat differ from those of humans in many ways. Their bodies are smaller and their metabolism is higher, resulting in a higher heart rate and higher temperature. Their lives are longer than those of dogs, with many living well past 20 years old. Cats also have the same 5 senses as humans, with some being better developed.

Cats have excellent night vision and need only one-sixth of the amount of light that humans need. Their large pupils allow them to focus light on objects while having minimal chromatic aberration. In low light, their pupils widen to fill most of the visible area.

Cat behavior can be a confusing subject for pet owners. Cats are natural hunters and have evolved to defend themselves from predators. A cat’s behavior can indicate a range of problems, including a brain tumor or rabies. While these situations are usually harmless, they should not be ignored. Cats should be left alone unless they are acting aggressively or if they are showing signs of aggression.

Cats use subtle cues, vocal sounds, and tail postures to signal their feelings to us. These behaviors may be an indication of their need for play or attention. Trying to stop this behavior will not solve the problem, but enriching your cat’s life can help. For example, you can use puzzle feeding dishes to force your cat to work for his food.

Cats need regular check-ups from a veterinarian at least once a year. More frequent visits are needed for older cats. The veterinarian can spot signs of systemic disease and detect skin conditions and parasites. The physical exam can also detect enlarged lymph nodes and abdominal tumors. The vet can also monitor the condition of your cat’s coat and skin.

People, Who Love Animals More Than People? -Psychology Of Empathy