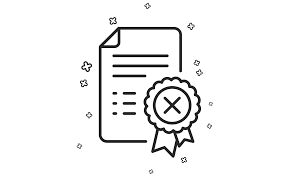 The Certified Ethical Hacker Certification (CEH Certification) is issue and award by the International Council of Electronic Commerce Consultants (EC-Council). It is one of the most popular cyber security certifications. It help beginners to upskill to assess and prevent possible cyber-attacks.

It is known that ethical hackers hack legally to identify loopholes in an organisation’s computer security systems to prevent them from being discover and exploit by black hat hackers.

So, if you have skills like networking, programming, reverse engineering, DBMS, Cryptography and problem solving. Then you can consider a career as an Ethical hacker. To become a Certified Ethical Hacker, you need to get CEH training. The Certification is earned after taking an examination post-certifie ethical hacker training at an ATC (Accredited Training Center) or by completing it through the learning portal of EC-Council called iClass.

Congratulations on having walked halfway on knowing about the journey towards becoming an ethical hacker with the first necessary step. Let us go a little deeper to learn more about the jobs you can get after CEH certification.

As the CEH certification is approve by the Committee on National Security Systems (CNSS), the Department of Defense (DoD), and the National Security Agency (NSA), it opens a wide range of jobs for the certified candidate. A few of these are as follows:-

The most obvious career option after a CEH certification is that of an ethical hacker or a white hat hacker. A computer software expert attempts to penetrate computers or network systems of organisations to protect them from suspected cyber attacks. The existing skills like networking, cryptography, programming etc. All are backed by the CEH certification. It will help you land a very good job as an ethical hacker. This can be a rewarding and high-paying career. According to an article published by Upgrad, the pay in this field can go up to ₹ 40 lakhs/annum.

Functions and duties of an ethical hacker:

Making an assessment report that can be used

educating staff on the most recent social engineering attacks

A Network Security engineer looks after the security of networking systems.

They can ensure that the operation of a system can come back to life.After issues caused by natural disasters or hacker attacks.

Using strong analytical skills, Information Security Analysts assess and fix vulnerabilities in an organisation’s security infrastructure. The final step is to generate a report based on the evaluation. They are involve in installing firewalls to protect sensitive information, developing post-recovery plans, and spreading awareness among employees regarding security protocols.

A Penetration Tester is an individual who performs simulating attacks to test the security and vulnerabilities of an organisation. After the test, they document a report citing the potential risks.

A vulnerability analyst is an individual who identifies and fixes the vulnerabilities in the software programs of a system. So that he can protect the organisation from external threats.

The Chief Information Security Officer (CISO) manages an organisation’s security infrastructure. He ensures that critical information assets remain secured and safe. They must possess a strong knowledge of IT infrastructure and good leadership skills.

A Data security analyst who works under an information technology manager executes the security of data of an organisation’s system.

An Information Security Auditor is responsible for planning. Leading the security audits of an institution to generate an auditing report.

In conclusion, it can be said that earning a certification in CEH will prove to be a fruitful investment in the long run. It opens the door to many rewarding careers. The field of ethical hacking shall undergo exponential growth. In the coming years as developing industries are shifting toward a digital economy.

4 Growth Marketing Strategies That All Startups Should Implement

The Best SEO Strategies for Businesses