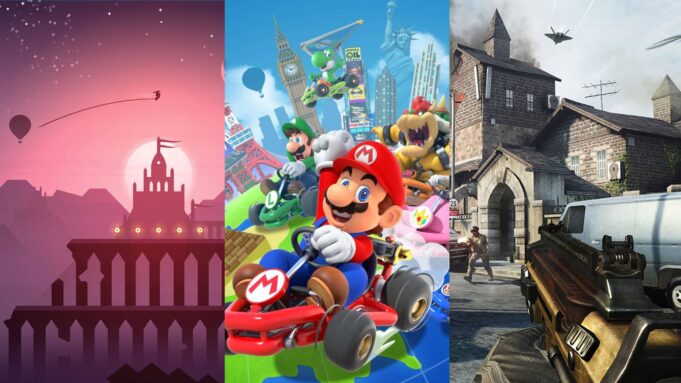 Many platforms are home to top-notch games but in this article, our core focus will be on Android games. Many top tier games, previously available on PC, are also about to make their debut in 2022. Continue reading below to find out more.

Dauntless is a free-to-play game currently available on PC, PlayStation 4, Xbox One, and Nintendo Switch. It’s a co-op action RPG (Role-playing Game) that has a mobile version currently in development. However, the exact date is unknown. It is quite possible that the company will release a mobile version of the game in 2022. Do note that you need a constant internet connection to play this game. I’m an avid gamer and use a top-notch gaming router that complements my Spectrum internet package and other service that Spectrum T V Offers to users.

In Dauntless, you have to pick up a hero and kill monsters that are known as behemoths. You can play the game solo or team up with up to 3 friends. Every single kill grants you crafting materials and you can make more lethal weapons to kill more difficult and grotesque monsters!

From Riot Games, the League of Legends: Wild Rift is a 5V5 MOBA game. Undoubtedly, it is a game that has enjoys a lot of praise from gamers worldwide. The mobile version is slightly different from the PC version. Even the heroes have slightly different abilities and match durations are from 15-18 minutes.

Riot has released the game in certain locations but the date is unannounced in North America. However. after alpha testing, the game has already entered into the beta testing phase. In 2022, most definitely, the game will be available in all regions with full functionality.

Pokémon Unite is going to rev up the gaming community. Fans from around the world have been waiting anxiously since the announcement of this MOBA release. Soon enough, you will see your favorite Pokémon characters battling it out in an arena with their own unique abilities and skills.

Think of this game as quite similar to League of Legends or Dota 2. However, there are no turrets and there are only 2 lanes instead of the usual 3. In addition to this, your main objective is to collect wild Pokémon and place them in certain zones to get points. Apart from this, it’s more or less similar to other games.

The Witches has been a fan-favorite series and now it’s getting a game as well! Basically, you will find yourself in the shoes of Witcher hunting monsters. However, this will be set back hundreds of years before Geralt of Rivia.

Fans are looking forward to the game and its expected launch is next year. Surely, with high-quality visuals and a good storyline, this game is definitely going to top the charts!

This game is also coming to Android and the company has already soft-launched it in a few regions around the world. Unlike previous releases, this version is will offer a portrait layout to facilitate a one-handed friendly gameplay experience.

It’s an action-strategy game in which you have to kill the zombies with your plant army. This army comes with unique plants each featuring different offensive and defensive capabilities. The game will feature 3D models discontinuing the older 2D ones.

While these games are just around the corner, it is worth mentioning that all of them require a stable internet connection. I am already looking at Spectrum packages to increase my internet bandwidth. Lag or latency at any point during these games can be quite frustrating.

Stay tuned to the official social media channels of these games to know more about their release dates.