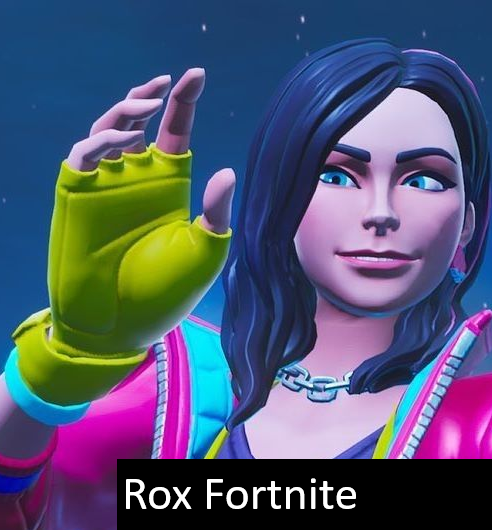 Season 9 of “Fortnite” debuted on May 9, bringing significant updates to the game and a new battle pass with over 100 unlocked items.

Outfits, often known as “skins,” are the most expensive commodities in “Fortnite” since they may entirely change your character’s appearance. Three new Legendary-tier skins and four Epic-tier skins were added in the Season 9 update. However, they can only be unlocked by purchasing the Season 9 battle pass for 950 V-Bucks.

Rox is a Legendary Outfit in Fortnite: Battle Royale that can be obtained by completing Tier 1 of the Season 9 Battle Pass.

The Fortnite Rox Skin is part of the Sky Style collection and was introduced on May 9, 2019, during Chapter 1 of Season 9 of Fortnite. You’ll need to have played the game when the Battle Pass was available to obtain the Rox. During Chapter 1, Season 9, the skin could be unlocked at Tier 1.

The majority of skins have varied rarity levels, and they’re only accessible in “Fortnite’s” in-game store during limited-time sales outside of the battle pass. Last year, the free-to-play game earned more than $2.5 billion thanks to the sale of costumes and other cosmetic products”Fortnite” is still the most popular game on the planet, with over 80 million monthly players, and it’s accessible on PC, Xbox One, PlayStation 4, Nintendo Switch, iOS, and Android.

Season 9 of Fortnite debuted this morning, bringing a slew of new Fortnite skins. Season 9 of Fortnite has a total of seven skins, including Rox. The Fortnite Rox skin comes in five distinct levels and eight color options! So, how can you get the Rox Skin for Season 9?

How to Unlock the Rox Season 9 Skin in Fortnite?

It would help if you first had the Fortnite Battle Pass to get the Rox skin. Season 9 Battle Pass costs 950 V-Bucks, which may be collected throughout several seasons. If you run out of V-Bucks, you may purchase more for $9.99 to activate the Season 9 Battle Pass. You’ll get the Stage One Rox Skin in two colors: Pink and Teal, as soon as it’s unlocked. Things are about to get a little more complicated. You’ll need to gain some XP to unlock the following four tiers of Rox. The stages, as well as the required XP, are mentioned below. Playing matches, getting kills, surviving, and gaining XP are all ways to get XP.

The Rox Skin for Fortnite is available in eight distinct colors. You’ll get two of them by purchasing the Season 9 Battle Pass, but the others will need you to complete specific tasks. The colors, as well as their goals, are described below.

If you’re not aware of Fortbytes, they were introduced with the Season 9 update to Fortnite. There are 100 Fortbytes buried around the map, and once gathered, they will decipher a riddle. The Fortbyte event will run throughout Season 9, with fresh Fortbytes being unlocked regularly. You will have unlocked all of the variants of the Fortnite Rox Skin if you have accomplished all of these tasks.

For the Fortnite Season 9 Rox Skin, here are all of the unlocked styles

Fortnite Season has just been launched, and two new tiers and one skin with unlocking styles have been added. In this post, we’ll go over all of the many styles available for the Rox skin and the tasks that you’ll need to perform to unlock them.

Here are all of the Rox skin’s difficulties. There are twelve tasks, and finishing each one earns you a prize. You will also be given a banner if you have finished all twelve tasks.

This is how the Rox skin appears in Stage 1. Once you’ve acquired the Fortnite Season 9 Battle Pass, you’ll be able to access this stage.

The first color you’ll be able to unlock is blue, which will require you to accomplish ten weekly tasks.

Rox was in what battle pass?

The Battles Pass Season 9 featured the Fortnite Rox Suit. You had to complete Level 1 of the Battle Passes Season 9 to access it.

In Fortnite, how can you obtain Rox?

In Fortnite: Battle Royale, the Rox Unique Costume is available at Tier 1 of the Seasons 9 Battle Pass.

On Fortnite, how can you acquire the Rox skin?

Tier 1 of Battle Pass Season 9 may be earned as a prize in Battle Royale. Additional Rox Challenges may be completed to gain the Harmonic Axes harvesting tool, and the Peace Out emote.

Is it still possible to gain the Rox skin in Fortnite?

The Rox Skin and How to Get It. Rox is a Season 9 character. You may get this item by purchasing and leveling up your Battle Pass if that Season is still active in the game.

Rox belonged to what tier?

They were able to unlock the Battle Pass since they arrived with Rox, who was at Tier 1. Unlike some other Outfit Challenges, they are still accessible to complete (as long as you have unlocked them).